The first incarnation of the Holy Father was dedicated to the creation of the family. Why would that be? Lord Rama created the family on earth like Lord Jesus created the person on earth, the person of the one person one vote democracy, the person who is the basic unit of the modern economy. And there are concrete earthly implications. The family is weak in America precisely because Americans don't worship Lord Rama. India could not become a modern democracy and economy without opening its heart to Jesus.

Look at modern research. Surveys routinely show seniors say their marriage is the best part of their senior years. But that marriage takes time to build. People who have been married 15 years say their sex is better than ever, if sex is the thing. Research shows unmarried people in big cities have much less sex than married people, if sex is the thing.

So if modern research is saying the same thing as ancient wisdom and divine will, how do you find that special person? First find you and your special person will be standing right in front of you.

Earth is not punishment. That would be hell.

Both David and Solomon committed sexual sins. The sexual sins of Solomon destroyed an entire people.

God spoke the world into existence. The physical world was the easy part. You now call it the Big Bang. But look at how much more challenging is the human part. God has had to intervene again and again. Four separate human incarnations!

Krishna created the modern state. He defined the case for the use of force to uphold justice. Exhaust all peaceful options first. But ultimately justice is above peace. 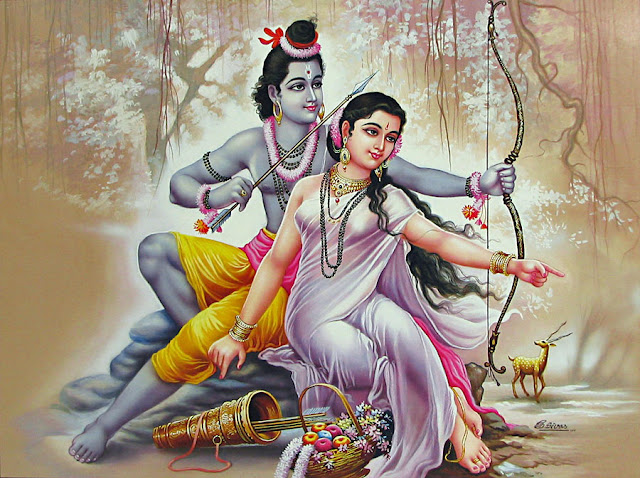 Posted by Paramendra Kumar Bhagat at 9:57 AM