Yoga (Shiva) And Meditation (Buddha) In The Bible

Prayer is all good but prayer is not enough. In sitting still you temporarily walk away from your body as if to say, the body is real, created by God, but it is not eternal, it is not everlasting. You can make your body sit still but your mind can still race in a hundred different directions. You make your mind still so you may realize there is something beyond not just the body but also the mind. You claim your soul that longs for God.

Buddhism is also a science. It is a science of the mind. The Buddha was able to wipe out the caste system from large swathes of India simply by peacefully teaching. So the Brahmins turned him into a God and butchered the Buddhist monks.

There are strong arguments against the caste system in both the Ramayana and the Mahabharata, just like the Book Of Exodus is God's clear statement against slavery.

The family is weak in America precisely because Americans don't worship Lord Rama who created the family on earth, the first human incarnation of Vishnu, or Yahweh, or the Holy Father. Jesus is the one who gave the Hindus their Vedas. But the Hindus have refused to accept Jesus for 2,000 years now. Jesus created the person on earth. There is no other bridge to heaven available in any other religious tradition.

Jesus spoke the final word on gender equality 2,000 years ago when someone asked him about the woman with seven husbands. The soul that is given a perfect spirit body in heaven is not gendered, he said. In the Old Testament Jesus is the daughter of God, Wisdom. Wisdom, or Bramha.

The gun culture in America which is the source of civil wars all over the world and the ongoing civil war in America (30,000 dead every year without making news) is precisely because Americans are not into yoga and meditation. 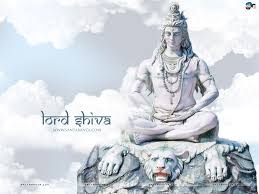 Posted by Paramendra Kumar Bhagat at 11:22 AM