Global Warming Predicted In The Koran

And behold we said to the angels "Bow down to Adam" and they bowed down. Not Iblis, he refused, and was arrogant and was of those who are unbelievers. (Koran 2:34)

Not calling on Him, they call upon the female deities: They call upon Satan, the constant rebel. God di curse him, but he said, "I will take of Your servants a portion marked off; I will mislead them, and I will create in them false desires; I will order them to slit the ears of cattle, and to deface the nature created by God. Whoever, forsaking God, takes Satan for a friend, has certainly suffered an obvious loss. Satan makes them promises, and creates in them false desires; but Satan's promises are nothing but deception. (Koran 4:117-20)

He said, "Do You see? This is the one whom You have honored above me! If You will just leave me unhindered until the Day of Judgment, I will surely bring his descendants under my sway, all but a few!" (Koran 17:62)

And Satan will say when the matter is decided: "It was God who gave you a promise of truth: I too promised, but I failed in my promised to you. I had no authority over you except to call you but you listened to me: then reproach not me, but reproach your own souls. I cannot listen to your cries, nor can you listen to mine. I reject your former act in associating me with God. For wrong-doers there must be a grievous penalty." (Koran 14:22)

If it is between you and Lucifer, you will lose every single time. Lucifer, called Iblis in the Koran, is simply someone with superior intellect. Smart people like Elon Musk, Stephen Hawking and Bill Gates have all voiced concerns about Artificial Intelligence going haywire. Musk has compared AI to nuclear weapons. But Lucifer is smarter than the smartest AI you could possibly create. Because your AI, by definition, will always be limited to the first four dimensions. Lucifer is a spirit being who is from beyond the four dimensions. The angels of heaven were created with enormous intellects, enormous powers.

But God is infinitely smarter and more powerful than Lucifer. If it is between God and Lucifer, it is a no contest. Fear itself fears God. That God loves you. When you walk away from that God, you make it easy for Lucifer.

I have met him, just this past year, in human form, so many times. One day he kept calling me "Simon," and I am thinking, this guy has not learned much. He still insists on thinking he is above God.

Look at recent world history. Look at the hubris that was a result of the industrial revolution and the damage that has been done. God is not opposed to economic growth. But when that then leads you to walk away from God you become easy prey to Satan.

If global warming goes out of control, humanity ends up back in the Stone Age, of what remains. The earth is your only home.

Me saying I shall take the first 10% of your income is not me asking for money. That is me saying that is the easiest way for you to attain 24/7 God consciousness. It is necessary for you to acknowledge 100% of your income comes from God. Along that path lies true prosperity. And I mean that in concrete terms. I look at America today and see a Third World country. 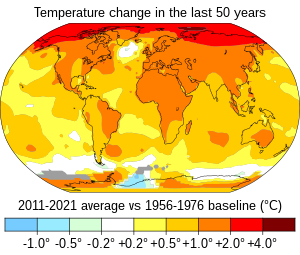 Posted by Paramendra Kumar Bhagat at 11:15 AM