I Will Not Walk On Water

Just look at one example: resurrection. Elijah resurrected a dead boy. And Elijah was taken to heaven alive. Then Jesus himself resurrected Lazarus only a few days before he was to die. All that was to prepare a people collectively over hundreds of years with the idea of resurrection. Lazarus was for double emphasis, and done especially for people who knew Jesus personally. Even after all that the apostles were not expecting the resurrection to happen.

But it happened. God Almighty Himself architected a perfect bridge to heaven for humanity by first sacrificing His own Son and then raising him from the dead. For me to touch and cure, for me to walk on water, for me to raise anyone from the dead would be a suggestion that perhaps Jesus did not complete his task. But the obedient Son did complete the task His Father assigned him.

And that is why I will not repeat the things Jesus did, so as not to sully the message that God built a perfect bridge to heaven 2,000 years ago. That bridge stands and will stand to the end of time.

I will perform miracles. But I will not repeat the Jesus miracles. If the past is any indication some of my miracles will be to do with large scale group dynamics. And then there are signs and wonders that will accompany these special times that were written about in the Bible thousands of years ago.

To send out a clear signal that I will not touch and cure Abba has given me hearing loss. I use hearing aid. This time Abba has gone ahead and sacrificed some of my hearing! For you! Because He loves you so!

Because heaven is kind of important, and so the bridge to heaven is important. 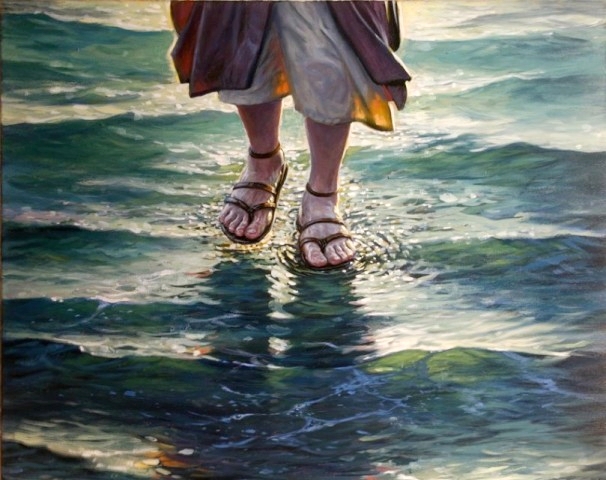 Posted by Paramendra Kumar Bhagat at 7:33 AM