Lord Rama, prince and later king of Ayodhya, was the first human incarnation of the Holy Father, Vishnu, Yahweh, Allah, the greatest warrior that ever lived. This was 7,000 years ago. The night sky has a unique pattern every night. Based on the descriptions of the night sky in the Ramayana, the scripture around Lord Rama, that date can be determined.

When the Muslims invaded India one of the things they did was build a mosque on the site of the birthplace of Lord Rama during the reign of King Babar. In 1992 Hindu mobs demolished that mosque. The event has been hugely polarizing in Indian politics. It is still an unsettled issue.

What the Hindus have to realize is the word Allah is simply an Arabic word for God. Allah simply means God. And since there is no God but God, He does not need a name. That is true. There is but one God, there always has been but one God, the one true Living God. No major religion contradicts that bit of information. God simply is, always has been, always will be. In fact, that word "always" is problematic. Because that word is from inside the fourth dimension of time. God is the 10th, the final dimension, and simply is. God, the Holy Father, is unborn, unchanging, undying.

Allah is the unmanifest form of the same God whose first human incarnation on earth was Lord Rama. You have to think. The Supreme God, the God of perfect knowledge and total power, could anyone build a mosque on his birthplace without his permission? What is going on?

The mosque was built so the Muslims may realize Lord Rama had to go through the Ischmael experience Himself. He was handed a lemon just like Ischmael was. But instead of throwing the temper tantrums of an abandoned child Lord Rama made lemonade out of that lemon. Lord Rama created the family on earth for all humanity for all time. The family is the basic unit, the most important unit of society.

Lord Rama, or Allah, led the Muslims to His own birthplace so they may find closure to their pain symbolized by the Ischmael story.

It does not make sense for the Hindus to say they accept the God in human incarnation, namely Lord Rama, but reject that same God in His unmanifest form He was in before He was born as Lord Rama. It was Lord Rama who was being honored and worshiped in the Babri Mosque before it was demolished.

So what now? Build a mosque and a temple next to each other, so Lord God may be worshiped in both his manifest and unmanifest forms. 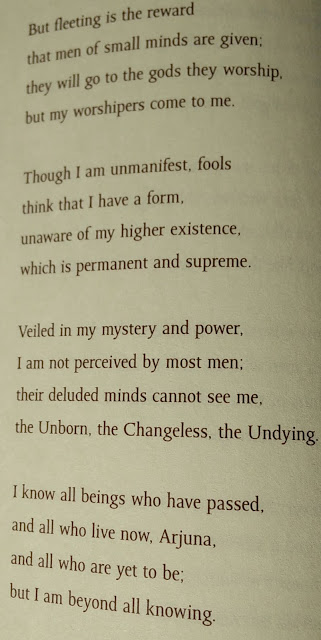 Posted by Paramendra Kumar Bhagat at 9:54 AM