The Angels Of Heaven Also Have Free Will 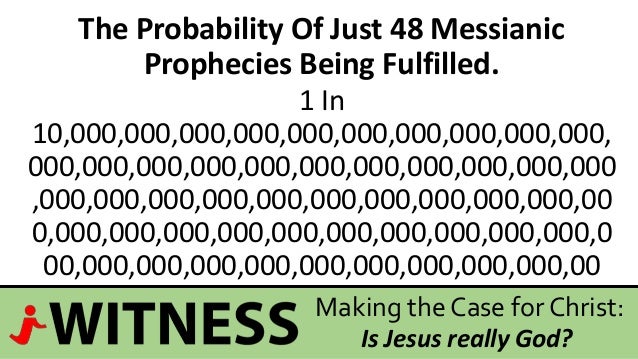 You will always have free will. You are a Being. That is why there are Seven Heavens. Through exercise of free will you can keep climbing up. The physical universe is One Earth. The vast cosmos has been created so you may feel special. The earth is your only home.

What are the chances that all of the hundreds of Jesus related prophesies of the Old Testament should have come true in one person Jesus? It's a huge number, 10^27, or something like that. What are the chances that human life would only exist on earth in this vast physical universe? What is the number on that? It is a similarly huge number. You are special. Humanity, all humanity, is my younger sibling. We both share the same Father in God. God is your True Father, the unborn, unchanging, undying God, who always has been, always will be, the God of perfect knowledge, limitless power, and infinite love. You end up in heaven or hell through choices you make, but the core of you is indestructible, so indestructible, you are simply taken back into God's womb when the cosmic cycle ends after 150,000 billion years and all heaven and earth has to come to an end.

The physical universe, or earth, exists for six billion plus years, and then it does not exist for a similar amount of earth time. It is written in the Geeta. Call it day and night. The current heaven, not the first or the last, has been around for 100 billion years in earth time. But it exists beyond the time dimension. That is why when you earn your place there it is said you have everlasting life. If the time dimension you know on earth does not even exist, who is counting? That is why Lucifer (or Iblis, or Satan, or The Devil) can't see into the future. He can't read time. It were as if he was flying blind on earth, because he was not created for earth, his place was in the highest heaven, he was tasked with worshiping God, and through bad choice he lost his place, otherwise he is a spirit being created with enormous intellect and powers, created with everlasting life.

Lucifer absolutely does not care for anything physical. He has no personal use for wealth. You could say Lucifer is a monk. Just so you know, distaste for wealth is not enough to be good. Lucifer is evil. Wealth is only useful to him if he can use it to tempt you to commit sin. He has absolute clarity of thought on what the basic earthly sins are. He has no confusion on the One True Living God. But he decided to go the other way.

So, obviously, it is not about intellect and powers. Some people say, if only I were smarter and more powerful, I would do right by God. The reverse is true. If you do right by God, if you follow his basic rules, if you love God and do His will, if you serve, He can then give you enormous intellect and powers. Some people say if God loves me why am I so poor? Why does He not create immense prosperity for me? Adam had immense prosperity. Heck, he had all that and everlasting life. And he lost it all because he could not obey one simple rule. His rule was much simpler than your 10 rules.

Poverty does not cause sin. Prosperity will not wipe out sin. The reverse is the case. When you love God so much that you have absolutely no need for physical wealth that is when you are best positioned for immense prosperity, "true prosperity."

I learned He meant it to be that way when I got to reading the Book Of Isaiah. I was shocked that all I said I will do in my book was already clearly written in the Book Of Isaiah. I have been talked about so clearly in the Book Of Revelation. Heck, my wedding, which is to take place, is written about in the Book Of Revelation. My entire four plus decades so far have been so accurately described in four lines in the Old Testament, I believe in the Book Of Wisdom, that so accurately describes race relations in America in 2016! It basically says, Jesus is back, but he is hard to look at! It, obviously, is hard for white Americans to look at an Indian face and see God.

"... he holds aloof from our paths as from things impure." Wisdom 2:16 I have fulfilled this one prophecy three times, at Budhanilkantha School, at Berea College, and in New York City.
A photo posted by Paramendra Kumar Bhagat (@paramendra) on Dec 28, 2016 at 8:02am PST

The only way anyone could dispute my identity is if they were to completely ignore the scriptures.

The description of my life so far is so accurate I was like, wow. Abba and I must have architected it together at the very beginning of time. Only since I have been born as a human being I am having to learn all that by reading the scriptures. But the thing about the human incarnation is, I have met Abba in human form about two dozen times just this past year. And I am thinking, I must have had the option to go back and forth between heaven and earth myself before I was born. Jesus is not only back, he has been back and forth many times before in human form.

Abba does not need me on earth in human incarnation before He can understand the human condition. He does not even need me here to get done what needs to be done. But you won't believe. There's that small matter of belief.

You want prosperity? Give me Universal Spiritual Centeredness, USC, which is 24/7 God consciousness on the part of every single human being. The Bible talks about "true prosperity." That is concrete talk. That is talk of per capita income. The Bible talks about "wiping every tear." That is meant to be taken as literally as the resurrection of Jesus.

The angels of heaven worship God, but they do so out of free will. You will always have free will, also in paradise.

What is surrender but your attempt to reciprocate the love of God best you can? It is a love relationship. The God of infinite love loves you at full capacity. Why will you not love back the same?
Posted by Paramendra Kumar Bhagat at 10:44 AM