He is not here, but has risen. Remember how he told you, while he was still in Galilee,
Luke 24:6 ESV
https://lnkd.in/e-EegnJH

If I tell people I'm going to do something, it may or may not happen, because I'm a fallible human. If however Jesus says He will do something, He assuredly will, as the eternal Son of God. So when He said He would rise from death, He assuredly did.

If we were to say we'd rise from death, we'd be powerless to do so, unless God did it for us. Yet Jesus defeated death in the power of the Holy Spirit. Through faith in Him, we too can rise to eternal life.

If Jesus remained dead, He'd be a liar, and we could discount everything He said and did. Because He defeated death, that changes everything. He is Lord of all, even death.

If we want to overcome death, we need to trust in Jesus. If we want a relationship with Someone who will never let us down, we need to come to Him. We can trust Him because He always keeps His word.

'Lord God, may we trust You, for You are preeminently trustworthy. Thank You for defeating death on our behalf, so that we can too. For Your glory we pray, amen' 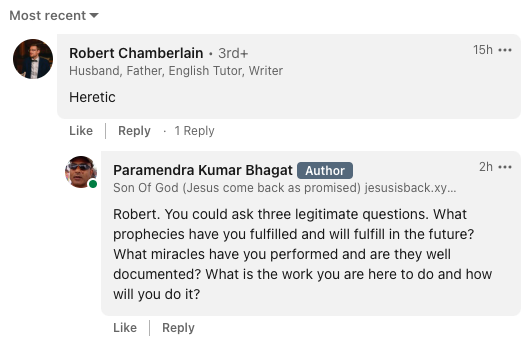 Along the same lines, Robert, what is the most famous Christian prayer? Is it not the prayer that asks for God's direct rule on all earth? Was it not taught directly by Jesus himself?

Would it bother you or surprise you if I told you the time has come for that prayer to be answered?

The Jews prayed for 400 years for liberation from slavery in Egypt.

Is it too much for you to take that the Lord God Himself is on earth in a human incarnation? And that He is going to be king of all earth in 22 years by the clock? That He is the answer to your 2,000-year old prayers? 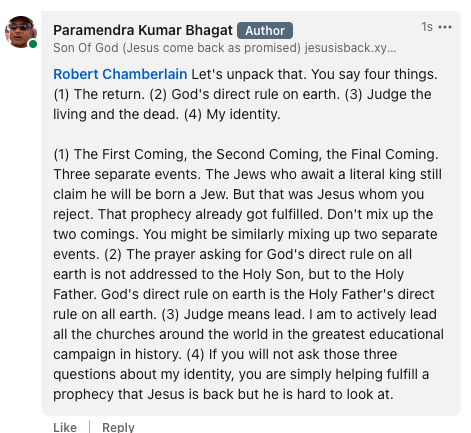 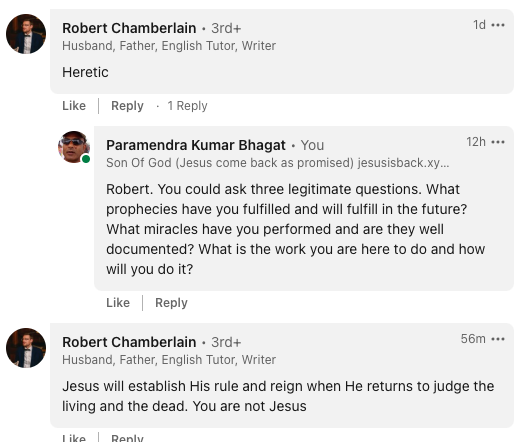 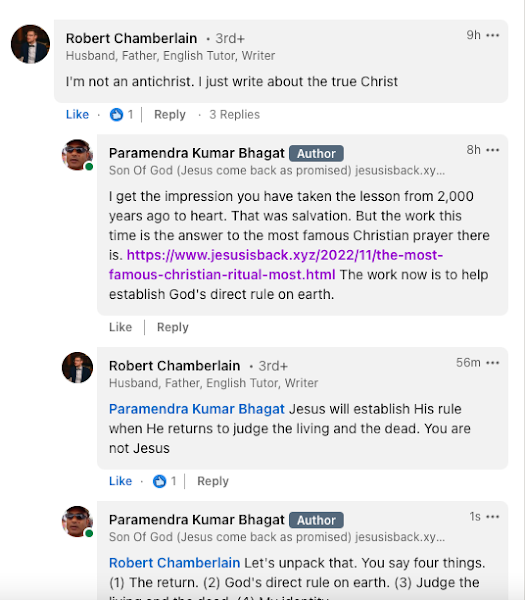 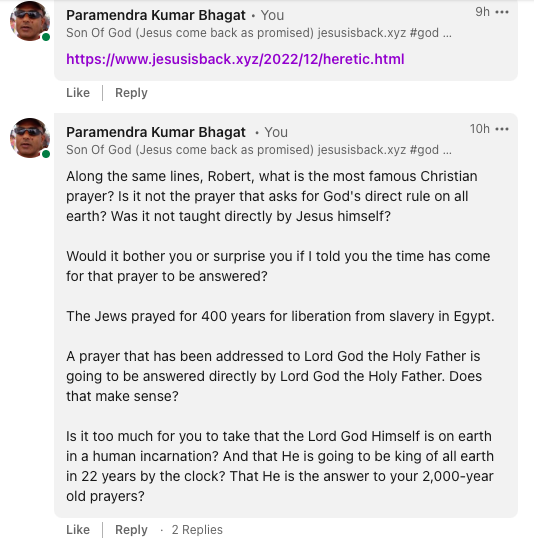 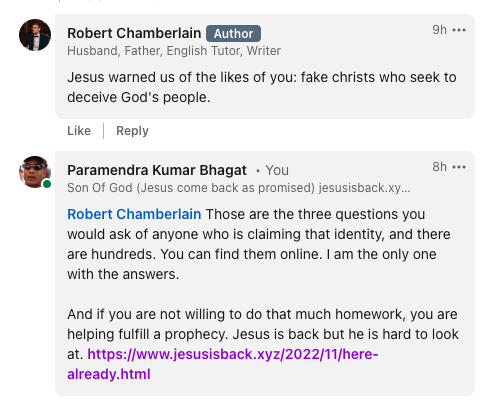 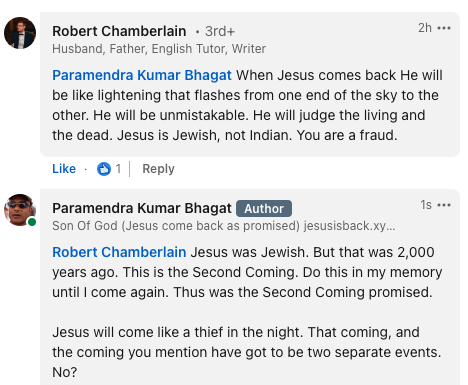 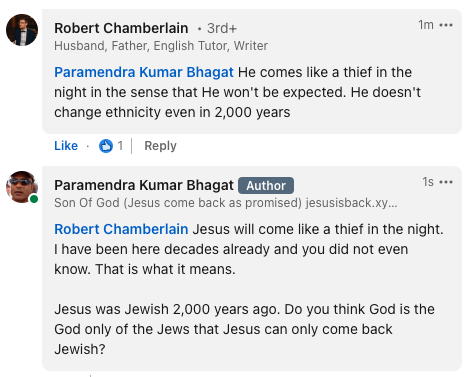 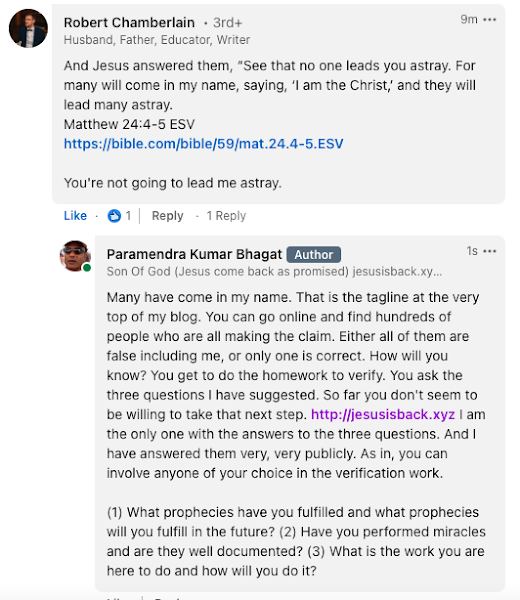 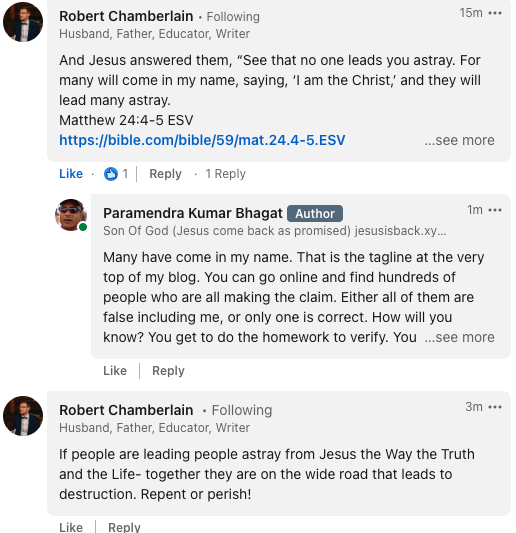 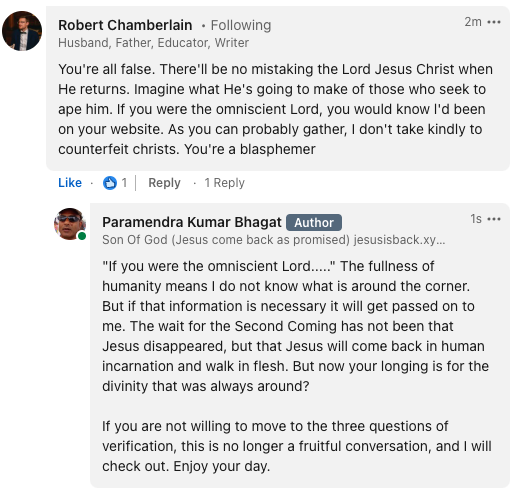 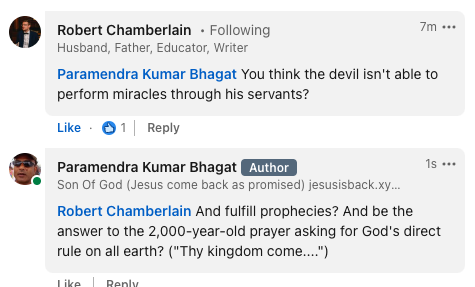 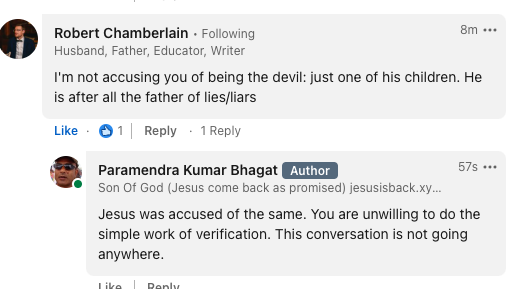 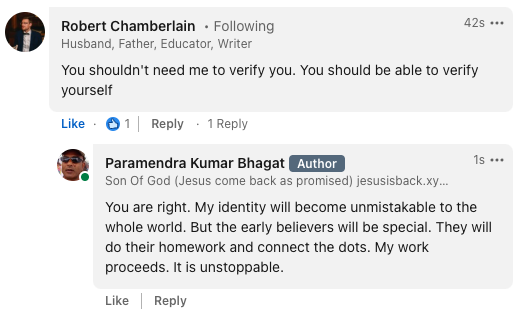 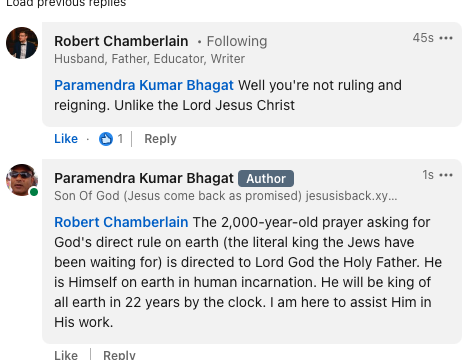 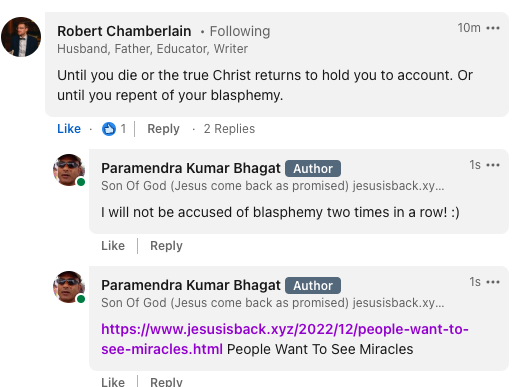 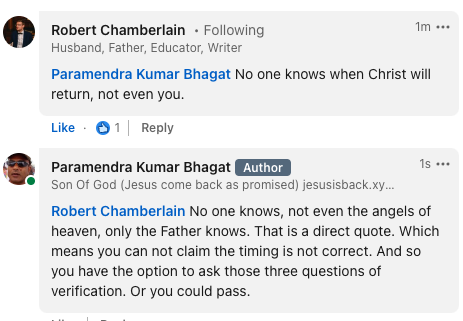 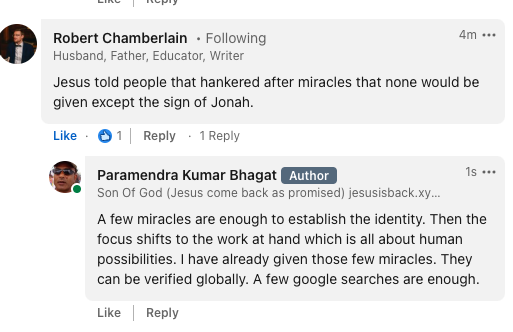 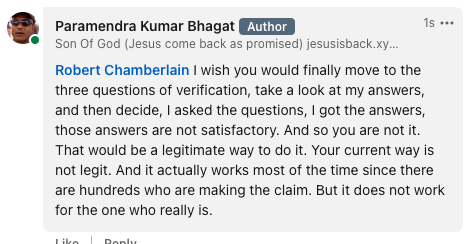 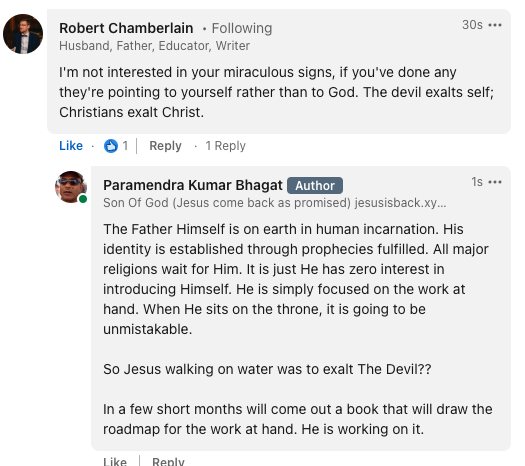 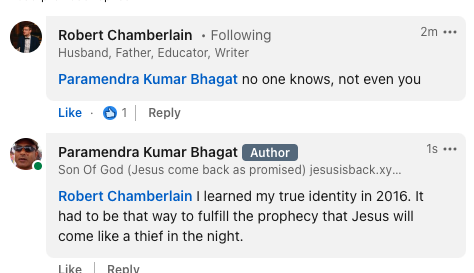 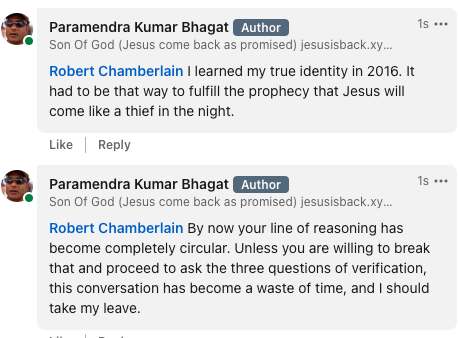 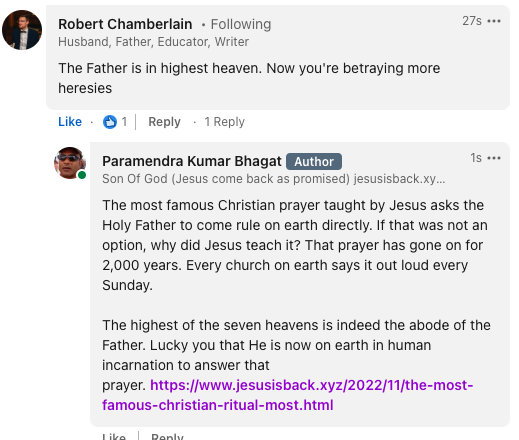 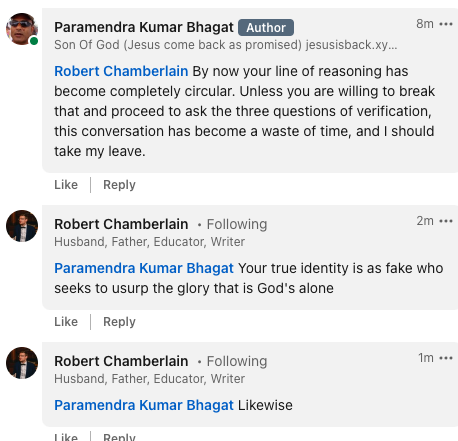