I Have Learned So Much About Hinduism This Year

I have learned so much about Hinduism this year.

If the Holy Father Lord Vishnu is Himself on earth in a human incarnation, as I learned a few months ago, to lead the biggest project the world has ever seen, I need to learn more. And YouTube is a decent source. There are some good enough channels that are steeped in scripture. There is a ton of material in English. Sadhguru is a good starting point if you are new to the Hindu belief system.

Why would that be? If I am Bramha in human incarnation, the source of all knowledge, the one who gifted the Vedas, the creator of the priesthood as the Hindus have known, then why am I learning this year that Lord Vishnu has had 24 human incarnations, some of which are called partial?

Because, look at the work I am here to do. I am here to lead the churches around the world. My work is easier done if I am seen making the effort to learn more about Hinduism.

Just like I am a very political person. That goes with the work I am here to do. The work that needs to be done over the next two decades feels like a political project. The Kalki Sena that the Lord God has tasked me with building is going to have more members than either the Bharatiya Janata Party or the Chinese Communist Party.

The book will come out in a few short months. Lord God in human incarnation is authoring it. The basic ideas will be able to be debated by anyone and everyone. The pilot project will be in Nepal. But the Kalki Sena will be a global organization and it will go everywhere.

It makes sense that I am seen making the effort to learn more about Hinduism. That is called leading by example.

Hinduism is not polytheistic. The same Holy Trinity is also being talked about. The small g gods and goddesses are what the Christians refer to as angels, the citizens of heaven.

The concept of the four yugas, or ages, is key. Think of them as the four seasons, only they don't last several months, but more like several thousand years each. Right now we are in the worst of the four ages and it has gone on for more than 5,000 years. Just like day follows the night, one yuga follows the other, as was once explained by Lord Shiva, or the Holy Spirit.

Judaism, Christianity, Islam and Budhism were all born in this yuga, or age. This is the Kali Yuga. The Mahabharata is from the previous age, or the Dwapar Yuga, when Dharma is down to 50%. The Ramayana is from the age before that, or the Treta Yuga, when Dharma is down to 75%. The Vedas are from the last Satya Yuga when Dharma is fully present. We are about to go back to the next Satya Yuga in 22 years. It is the best of all four ages. God is fully present. People treat each other really really well. Doing God's will is not about submitting to a Supreme Being without purpose. The whole purpose is that Supreme Being redirects you to other human beings. When you fully obey God, you treat people really, really well. And that is the Satya Yuga.

I learned in 2016 that I am Jesus come back, and I made a point to read the Bible cover to cover. I was at the homeless shelter at the corner of 30th Street and First Avenue in Manhattan. I picked up the Bible at a Catholic Church around 50th Street.

This year I came to know the Holy Father Himself is here in a human incarnation. This is like Lord Krishna is back.

The Hindu belief system has blown my mind. It is like all of us are living winter lives. And in the basement I found a novel that describes life in summer. What? No snow? Warm? Green leaves? It takes a stretch of imagination to wrap your head around the possibility. 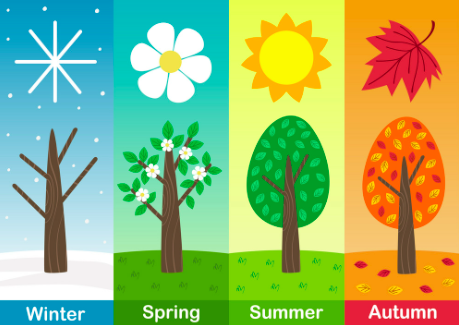 Posted by Paramendra Kumar Bhagat at 10:48 AM