Do you believe in God? I ask because plenty of people don’t. Isaac Newton was a believer. Albert Einstein was a believer. But today people with graduate degrees walk around claiming they know science and are thus past the whole God thing.

Do you believe in God? No, then talk to you later. If yes then do you believe Jesus who walked the earth 2,000 years ago was the Son of God? True God to True God? And that he promised to be back? That is the Christian bread and wine ritual. Do this in my memory until I come again.

Only people of faith await the Second Coming. The idea does not even make sense to those who lack faith. First, I necessarily have to start with those who have been waiting.

But you are aware and I am aware that there are hundreds of people you can find just online who are all claiming they are Jesus. And that was predicted 2,000 years ago. Many will come in my name. I am, of course, acutely aware.

Either all of them are wrong, sinful, and blasphemous, or only one is correct. How can you differentiate? Is there a way? Of course, there is. There is a fairly easy way.

You can not time any of them because it was said 2,000 years ago nobody knows when the Second Coming will happen, not even the angels of heaven, but only the Father. So you can not say it is too early, or too late.

The three questions you ask are as follows.

If you were to ask these three questions to everyone who is claiming to be Jesus, you will quickly find out I am the only one who has the answers. Most will not even attempt answers. And, in my case, you do not even have to wait for the answers. I have answered those three questions very, very publicly already. I have a robust online presence. You can look at my answers. You can invite others to do the same.

I am also available to talk privately. These are early innings. I have plenty of time for now. 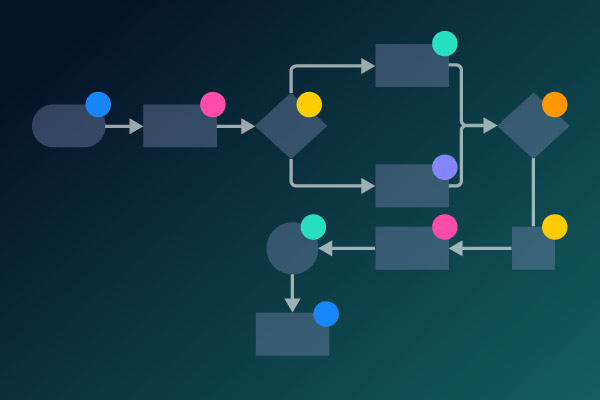 Listen to "The Second Coming Flow Chart: Prophecy, Miracle And Mission" by paramendra: Son of God: Jesus come back as promised . ⚓ https://t.co/LJv3lxoug5

Contrast these predictions with the Bible’s over three hundred bold predictions about the birth, life, and death of Jesus in the future. These predictions were recorded over 1500 years by some forty different authors hundreds of years in advance. Many were incredibly detailed. Predictions such as Jesus would be born in Bethlehem, born of a virgin, tribe of Judah, descendant of Abraham, Isaac, Jacob, Jesse, and David. Betrayed by a friend for thirty pieces of silver. Not gold. Not forty but thirty. He would ride in on a donkey. His hands and feet would be pierced, he would be crucified with thieves, his side would be pierced but no bones would be broken. This was written before crucifixion was invented. He would be buried in a rich man’s tomb and would rise from the dead. Remember, Jesus has no control over most of these. Each came true 100% as written. 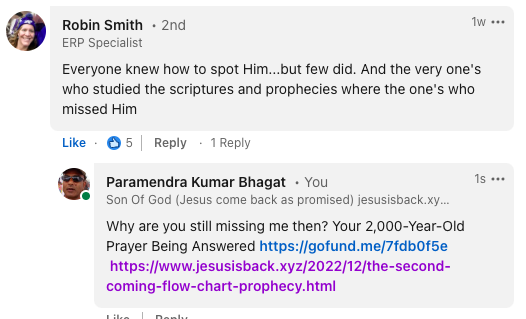 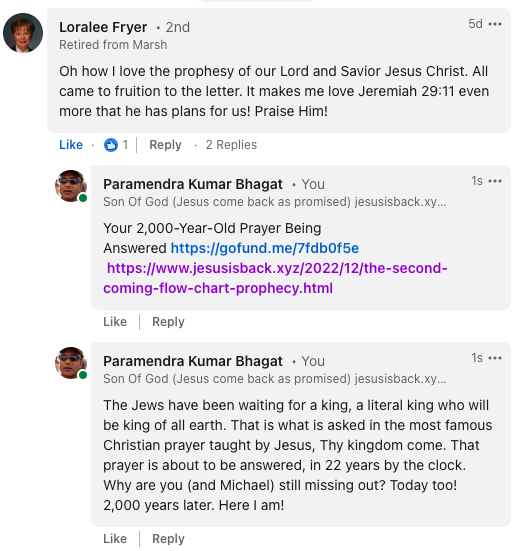