Pastor Renn Was Moses When She Was Moses

On Friday in two days, Dr. Cameron Budenz of Tarrytown, NY, is going to operate on my right inner ear. The smallest bone in my body is about to be replaced. Bone, replaced, not broken.

About six months ago on July 1, she did the same procedure on my left ear. Before that whenever my five-year-old niece started a conversation with me I would inadvertently say, "Hold on! Hold on! Let me put this thing on!" And I would put on my hearing aid. After the procedure I no longer have to do that. I still use it, because looks like the high pitch end did not all come back. But most of the rest did.

There are Hindus who say Jesus was not God because, well, he got killed. God does not get killed. God kills. Lord Rama slayed Ravana. Lord Krishna slayed Kansha, among many others. You will find Hindus who will say, this guy can not be Jesus. If he is, he might have touched his own ear!

Touch and cure was demonstrated to me in 2016. An angel was involved. He was in the form of an obnoxious Hispanic dude. The first time, though, a black lady who swept the floor of the shelter the Holy Father had put me at: corner of 3oth and First. But before that The Devil did the opposite of touch and cure. He touched me and for seveal days I felt this strange sickness. No fever, no cough, nothing, but I was not well. I felt that all over again for a day after I got my fist Covid vaccine years later. She touched me on my shoulder and whatever The Devil had done was gone just like that.

The idea is for me to become relatable. That is what a human incarnation is all about. Otherwise there are all sorts of people who do not doubt Julius Ceasar was a historic person, but they don't feel that same certainty about Jesus. Why? Well, touch and cure. Walking on water. Water into wine. That could not have happened, they say.

Some dude who might have spoken the planets into their place? Completely unrelatable.

And so I was born on earth decades ago. The prophecy was Jesus will come like a thief in the night. I have been here decades and you did not even know.

In the Gospels, Jesus does not address people as "O beautiful creatures of the earth!" But rather as "Brothers and Sisters!" That is quite literally true. Jesus might have been the firstborn, but you all also are children of the same God. Your soul came from the womb of the Holy Father.

There is no touch and cure this time. Instead you have Dr. Cameron Budenz, and the likes of her. We are good.

The mission is about human possibilities.

God going under the knife is God still trying very hard to be relatable. Let's connect, shall we?

After the last surgery I left a thank you note that said, "This was not touch and cure, but it was close!" 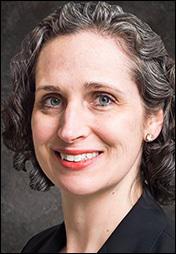 Posted by Paramendra Kumar Bhagat at 8:10 AM